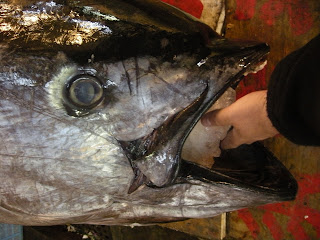 Mediterranean Bluefin tuna ranchers are believed to be at the origin of the publication by the Spanish newspaper El País two weeks ago of a draft report of the Standing Committee on Research and Statistics (SCRS) of the International Commission for the Conservation of Atlantic Tunas (ICCAT). The SCRS report, the tuna ranchers said in a nutshell, shows that environmentalists had it all wrong: there are plenty of Bluefin tunas in the Mediterranean; so many that restrictions ought to be reviewed and fishing quotas increased at ICCAT’s annual meeting next month in Agadir, Morocco.

I’ve been following the work of ICCAT’s SCRS quite closely in the last few weeks, and I was at the experts meeting where the report leaked by the Bluefin tuna industry was drafted at the beginning of September, so maybe I can help throw some light on what’s actually going on. 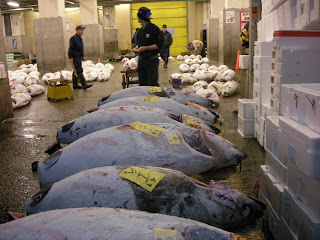 Until 2009, the 48 member governments of ICCAT used to ignore the advice of their own scientists when setting Bluefin catch limits and quotas for the Eastern Atlantic and Mediterranean Sea. This led to the severe depletion of the species’ Eastern Atlantic stock which spawns in the Mediterranean Sea. That’s why the Mediterranean Bluefin tuna became the poster child of marine biological diversity loss. Bluefin tuna had become in the 1980s a high value commodity worth over one billion dollars annually on the international market, and a large network of tuna ranchers with tentacles in many Mediterranean countries (France, Spain, Libya, Turkey, Croatia, Malta, Tunisia, Greece, etc. and of course with links in Japan and other consumer countries) routinely extracted and towed millions of juveniles and adults from their spawning grounds into large cages to fatten and ship them to Japan and other countries.

As a regional fisheries organization set up to secure “conservation” of the species, ICCAT was put on the spot and – recognizing that the situation was out of control – in 2006 it said it would enact regulations to seek the recovery of the species by 2022. A reporting scheme known as the Bluefin Catch Document System (BCD) was set up by ICCAT after 2007 to track down how many fish are caught, and in 2010 quotas were set to 12,900 metric tons for the Eastern Atlantic (including the Mediterranean). As a result, there’s an overcapacity of the fleet of large purse seiners catching the fish in the Mediterranean spawning grounds; in only two to three weeks they normally fulfill their quotas. The Bluefin tuna purse seine fishing season every year in May looks like the gold rush, and there’s a strong industry lobby in Brussels and elsewhere to increase the catch limits.

It’s true that the SCRS believes that Bluefins in the Mediterranean are likely to be on their way to recovery. But what they’re recommending unanimously now is that the catch restrictions stay where they are – at least for now. Do not increase the quotas is the key message from the governments’ experts. 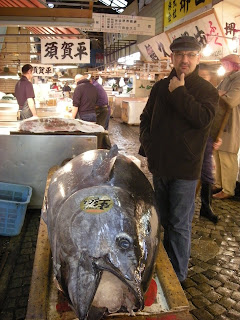 I’ve read this experts’ final report; in the Executive Summary alone (8 pages) I found the word “uncertainty” mentioned 18 times. We’re talking of very big fish but nevertheless it’s impossible to count them one by one even with spotter planes, photo or satellite tracking, so the experts are working with complex computer models fed with data which include assumptions which policy-makers need to take into consideration. In its conclusions the report says that there’s “at least a 60% chance” that the species is on its way to recovery.  This is why they’re calling for precaution and are asking governments not to increase the quotas, at least until a more complete assessment can be made in 2015. It would be wrong to relax the efforts now, just when they appear to start bearing fruits.

A key issue is whether the industry is actually respecting the catch limits. It’s widely known that the current manual Bluefin Catch Documentation system (BCD) adopted in 2007 is insufficient (there can be mistakes and errors, deliberate or not); in 2010 it was agreed to replace it by an electronic system (EBCD) that would allow ICCAT to track down in real time what’s going on. But this electronic system is not yet in place.

ICCAT has received in the last couple of years at least four studies comparing the reported catch data with international trade records, and there’s always a big difference that remains unexplained. According to these studies, quite a lot more fish is traded than officially caught. At the meeting I went to at the beginning of September, the SCRS formed a small working group to look at these reports in detail, and their recommendation calls for an independent review of the trade data. Under these circumstances, it’s no surprise that the SCRS unanimously believes that there should be no quota increase.

After years of being the poster child of marine biodiversity loss, I really hope that the Mediterranean Bluefin can become the poster child of marine biodiversity recovery. That we can soon say that when we all pull up our sleeves and take environmental issues seriously, we can change the course of History. That’s particularly important because the environment needs victories. But we’re not quite there yet.

This blogpiece is also available in español, HERE (AQUÍ) on the website of the Spanish news agency EFE. And also, en français on WIKIOCEAN.

Published by Unknown at 1:14 PM

Email ThisBlogThis!Share to TwitterShare to FacebookShare to Pinterest
Tags: Biodiversity, Environmental policy and economics, Where is Rémi?