Footprint in the deep sea 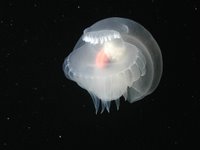 We all know that the European Union claims to be at the forefront of efforts to improve international environmental governance. We always hear European leaders also say that they want to reduce the EU's global environmental footprint.

So why at the same time is the European Union preventing the adoption this month of measures to protect the deep ocean against destructive fishing?

Last week, together with Russia and South Korea, the European Union blocked the adoption of measures to protect the deep sea in the South Pacific.

And at the UN in New York, the European Union continues to be hostage of the interests of few Spanish trawlers. The long awaited decision on a moratorium on high seas bottom trawling expected in a couple of weeks now largely depends on what the European Union and Canada will do.

It only takes a few second to sign, to protect cold water corals that have taken thousands of years to grow.
Published by Unknown at 10:56 AM