Seal pup on the sand 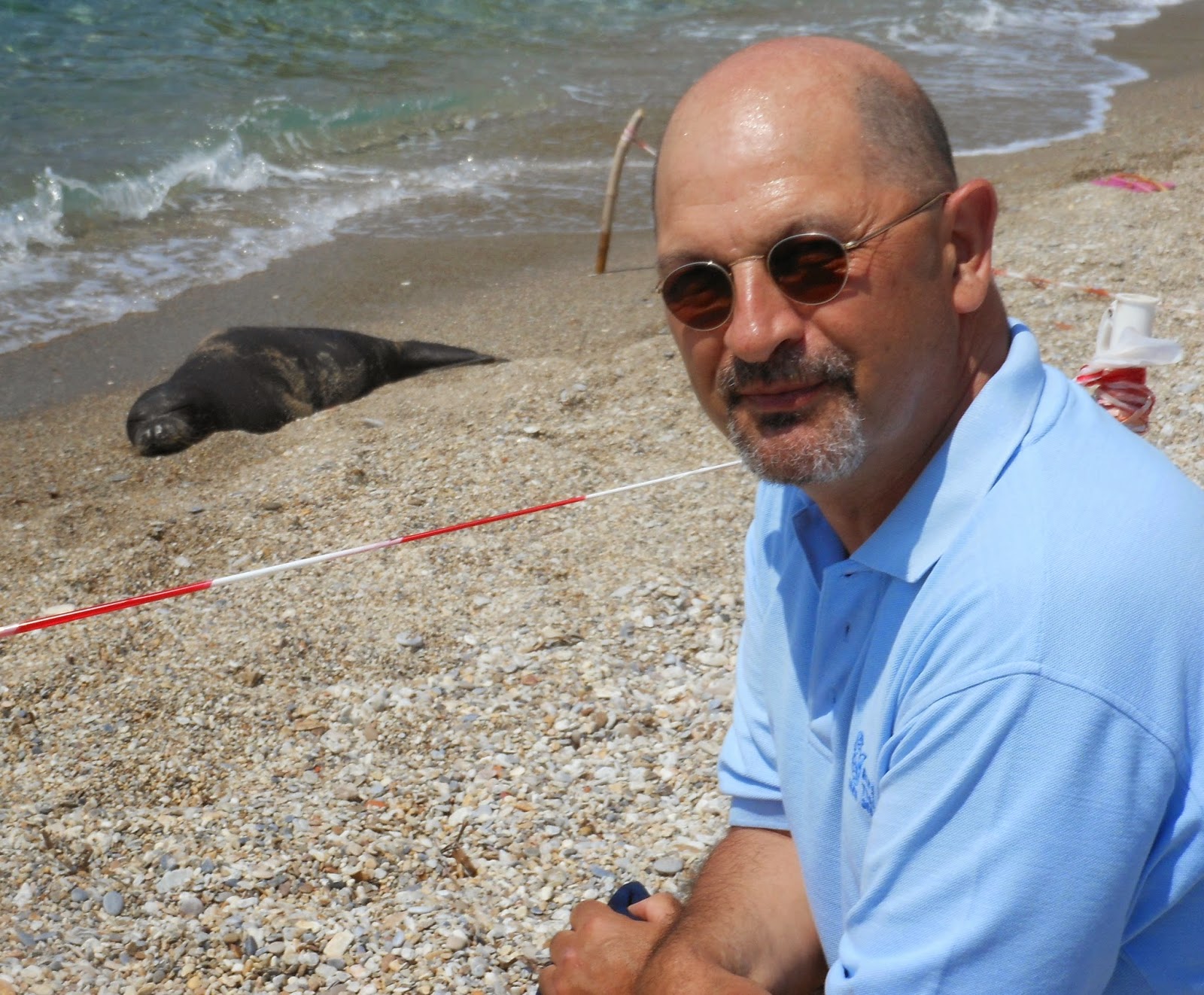 When I decided to spend a few days this month in Samos, the Greek island in the Agean Sea closest to the coast of Turkey, I knew that it was one of the very last Mediterranean monk seal breeding grounds, but I was not expecting to see any.

I knew a few basic things about the Mediterranean monk seal: it is one of the most threatened marine and European mammals; there are only about 50 of them left in the Agean Sea (and there are very few left in the rest of the Mediterranean); and they stay away from humans, spend their days in underwater caves and go out for fish only at sunset. So, to expect a seal sighting in Samos was like planning a holiday in the Pyrenees and expect to encounter a bear, or to go to a fiesta in Andalucia and hope to run into a lynx. The odds were so slim, it was not even within my plans.

I had been marginally associated in the late 1970s in advocacy to protect the Mediterranean monk seals, but to say the truth, nearly fourty years later when we arrived in Samos by boat a week ago, I was not even quite sure whether decades of conservation efforts had borne fruit and whether there were any seals left in Samos.

So, when a local gave me a tip and told me that a seal pup had been sighted and reported as staying for several months not far from where I was staying, my mind was blown away. Although the explanation was vague, I decided to try and check it out for myself. 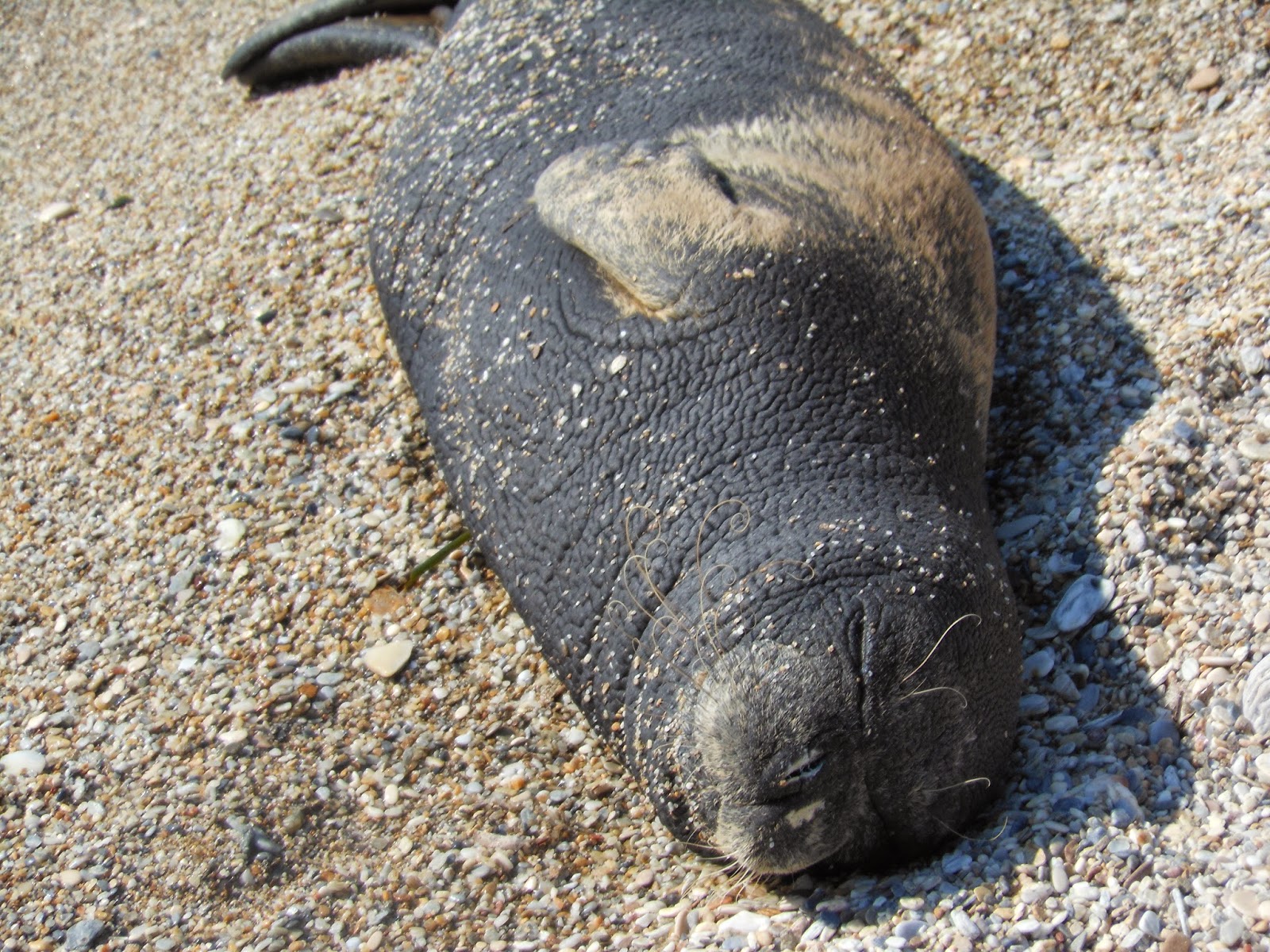 After getting lost a bit on the road, I made it and ran into the seal pup. Under the protection of Paulos Teka, a volunteer from Finland who works for the Archipielago Institute of Marine Conservation, a Greek NGO that works for biodiversity and ocean protection in the Greek islands, the orphan female seal pup has been spending most of her days on the same small beach since the month of March. Her behaviour is almost unheard of. What's most likely to have happened, Paulos explained, is that the calf's mother got caught as by-catch in a fishnet, and maybe it's a miracle the seal pup survived. So far.

The future of the seal pup is uncertain. At first sight, one can see that she may be developing a skin desease (sunburns?). An Israeli vet has been able to examin her hearing functions, Paulos told me. But little can be done because the priority is to prevent interference from humans. So, during the summer months Paulos and his colleagues have fenced part of the beach area and, under a beach umbrella, their job is to maintain tourists at a distance.

Paulos confirms that normally Monk seals stay away and hide from humans. But now the Archipielago Institute is concerned that the pup is becoming used to the presence of humans. She even seems to look for it, and that can be a problem when (if) she grows up. Tourists brought by cruise liners take the sun and swim, most of them not knowing that it is a unique nature wonder they have alongside. "It's better this way", says Paulos, "we don't want the seal to become a sightseeing spot". Of course, and that's why I'm not giving details on where the pup is to be found.

Click here to support and donate to the Archipielgo Institute of marine Science.

Published by Unknown at 5:06 PM