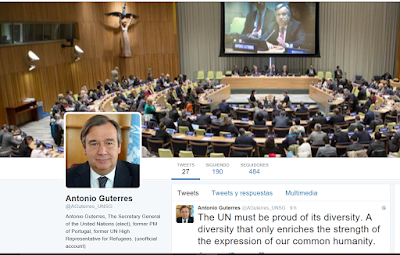 Apparently, Antonio Guterres, the new UN Secretary General-Elect, has no Twitter account. The two accounts I could find under his name are unofficial, and opened only a few hours or days ago. One (with 27 tweets to date) may have been opened by friends or fans of his (with or without his knowledge), the other one (1 tweet) could have been created by anyone who had nothing better to do.

So, were the other candidates campaigning for the UNSG post via Twitter wasting their time? Obviously, the P5, the permanent members of the Security Council were not impressed. 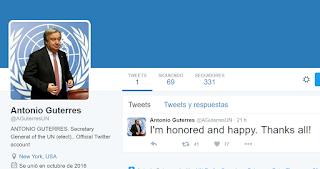