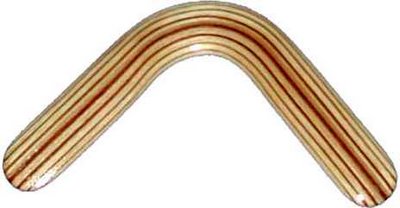 I am back from Strasbourg where I attended the plenary debate in the European Parliament, on a report prepared by a Spanish parlamentarian proposing relaxing the European regulation regarding shark finning (the removal of shark fins and the dumping of the rest of the shark bodies at sea, with a view to exporting the valuable fins to Asia as fin soup ingredients).

Currently, the European legislation requires that the weight of the shark fins on board European vessels does not represent more than 5% of the rest of the shark bodies on board, as a means to prevent the dumping of shark bodies overboard. This is already considered quite lenient, and the IUCN Shark Specialist Group recommends that in order to effectively prevent finning, this ratio be reduced to 2%. But the report discussed in the European Parliament this week recommended instead an increase of the ratio to 6.5%, thereby tolerating on average that three our of every shark landed be dumped at sea.

Thanks to the work of the NGOs Oceana, the Ocean Conservancy and the Shark Trust who sounded the alarm and warned that the proposed recommendation would increase the pressure on vulnerable shark populations, the European Parliament amended the report yesterday before its adoption, and recommended that the ratio be reduced to 2% in line with the best available scientific information.

The Spanish have their own expression to say "shooting oneself in the foot": tiro por la culata.

Rosa Miguelez Ramos and Carmen Fraga, the two Spanish MEPs from Galicia (the Northwestern region of Spain where the majority of Spain's industrial fishing interests are located) who promoted the proposal that would have increased the trade in shark fins definitely shot themselves in the foot this week.

The boomerang effect was such that, ironically, Rosa Miguelez Ramos had to vote againt her own report, because she did not like the way it was amended.

Until a few days ago, the Members of the European Parliament and European media correspondents had little or no idea that there was a biodiversity issue around the international trade of shark fins, let alone that 40% of the shark fins traded in Asia came from the European Union.

Email ThisBlogThis!Share to TwitterShare to FacebookShare to Pinterest
Tags: Biodiversity, Where is Rémi?