Sharks in the European Parliament 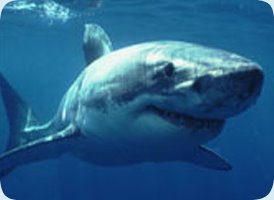 I am on my way to Strasbourg where I will join the team of the Shark Trust at the European Parliament this week.

The European Parliament's Fisheries Committee has adopted a report that recommends to weaken the EU regulation aimed at preventing shark finning (the removal of shark fins and the dumping at sea of the rest of the shark's body).

This week's Plenary Session of the European Parliament will either rubberstamp this irresponsible recommendation, or put a halt to the manoeuvres of a handful of parliamentarians who have chosen to act on behalf of the dodgy international shark fin trade (considered prime cause of shark mortality) rather than acting to conserve marine biodiversity.

The European Union already has one of the most lenient shark finning regulations. If the European Parliament caves in and adopts even weaker rules this week, there is a real risk that(as a member of most regional fisheries organizations in the world) the European Union seeks to turn their own weak standards into international ones.

A proposed 6.5% weight ratio of the shark fin to the rest of the body would allow three out of each shark landed to be finned (shark specialists say that only a 2% ratio is liable prevent the dumping of shark bodies at sea). Furthermore, the European Parliament is asked to allow that fins and bodies be landed in different ports, thus making any serious monitoring and control virtually impossible.

With shark specialists and NGOs now sounding the alarm, will the European Parliament amend the proposal, and make it compatible with the European Union's commitment to restrict its global environmental footprint?
Published by Unknown at 2:27 AM

Email ThisBlogThis!Share to TwitterShare to FacebookShare to Pinterest
Tags: Biodiversity, Environmental policy and economics, Where is Rémi?