The other half of the Earth Summit 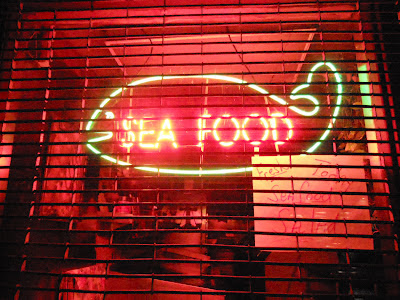 Rio de Janeiro -- One of the organizers of the Rio+20 Earth Summit saw the smile on my face yesterday afternoon when I was reading the new negotiating document prepared at the 11th hour by the Brazilian presidency to shake and advance the negotiation. So, knowing that my main priority during the nearly two years of preparation and negotiation in New York and Rio has been to secure a strong outcome for ocean conservation, he came to me and said "the ocean text is fine? That's a good news, because the rest is a pity!"

Since the Rio+20 process began I've been working on Oceans with the High Seas Alliance, a large coaltion of  23 organizations formed to promote high seas conservation, to push the Ocean conservation agenda at Rio+20. So we're excited now that the Brazilian Government signaled yesterday that the Ocean is one of their four priorities for the summit, together with the Sustainable Development Goals (targets to be achieved between 2015 and 2030), the Institutional Framework for Sustainable Development (international governance), and the Means of Implementation (money and financial mechanisms). The Working Group on Oceans has been meeting last night, and we're meeting again this morning.

The threats from ocean acidification caused by the concentration of CO2 in the ocean, the proliferation of plastic debris at sea, combatting illegal, unregulated and unreported fishing, eliminating  government subsidies that contribute to overfishing and fleet overcapacity, the accidental transfer of species from one part of the ocean to another (alien species), the current moratorium on the dangerous geo-engineering practice of ocean fertilization, the restoration of fish stocks to levels that can produce at least the maximum sustainable yield, the need to review and improve the transparency and performance of Regional Fisheries Management Organizations (RFMOs), the implementation of the Convention on the Law of the Seas (UNCLOS), the need to secure access to fisheries resources for indigenous peoples and small-scale artisanal fishers are among the issues addressed in the large section dedicated to Oceans in the draft.

This is very good, kudos to Brazil for bringing forward these important issues we've been discussing in New York and Rio for the last two years, and for putting them on their top priority list when the Heads of State and Government arrive in three days. In addition and most importantly, a real key milestone for the summit can be achieved with the proposal supported by Brazil and many other countries from the five continents, to agree to initiate "as soon as possible" the negotiation of an international agreement under the UN Law of the Sea for the conservation and sustainable use of marine biodiversity beyond national jurisdiction. I've been calling Areas beyond national jurisdiction (the high seas) the other half of the Earth Summit because they represent almost half of the surface of our planet (45%). In the last twenty years there's been a large out-of-control high seas resources corporate fishing grab because there's no global regime that regulates human activities in the High Seas, and it's this situation the Brazilian proposal wants to address with support from a large and strong coalition of countries which includes the European Union, Mexico, South Africa, India, Chile, Argentina, the Philippines, Monaco, Small Island Developing States, etc. It is critical that the Heads of State and Government here in Rio agree to initiate as soon as possible negotiations to develop an international regime for the high seas. This will provide the legal framework and criteria to establish  and enforce effectively marine protected areas in the high seas, require environmental impact assessments before or when human activities are carried out in the high seas, and establish a mechanism for the equitable sharing of the benefits arising from the exploitation of deep sea genetic resources. Against this background, four countries are still resisting with a mix of fishing, seabed mining and biotech interests in their minds: the US, the Russian Federation, Canada and Japan. The "conversation" with these four countries is tough, but the like-minded countries who want an international regime are tough too.

When we first came to the the Rio+20 negotiations when they began in New York  in January 2011, we asked governments to "bring the Ocean back into the Earth Summit." I'm glad it looks like we're getting there.

Published by Unknown at 4:17 PM