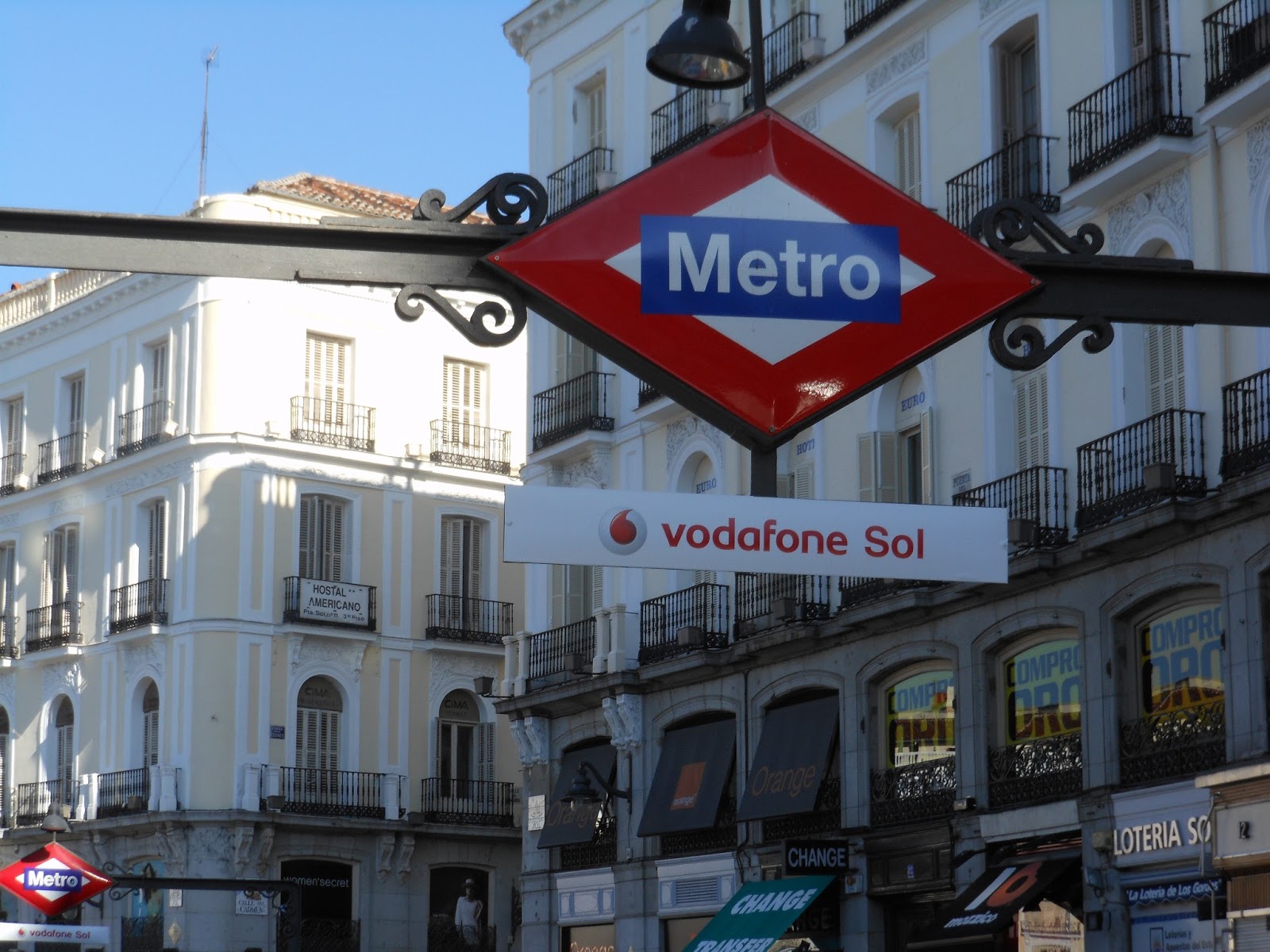 When I read a few weeks ago that the local "government" of the Madrid region in Spain had signed a contract with a telecom company to change the name of Madrid's "kilometre zero" Puerta del Sol metro station, I thought it could only be a joke. It was near the time of April fools day I'd read the news, after all. For weeks I did not see any change at Puerta del Sol, so I'd got convinced that it was only a social media urban legend...Until I took this photo this week! I guess the contract between the government and Vodafone was becoming effective at 1st June.

So, if in Spain a local government can decide to change for money the name of its most famous metro station, what's the next step? Change the street names for brand names? [Avenida del GAP] The cities' names? [Toyota-City] And -- why not? -- the name of Spain? [Zaraland, Pepsi-Country, or Kingdom of Bankia].