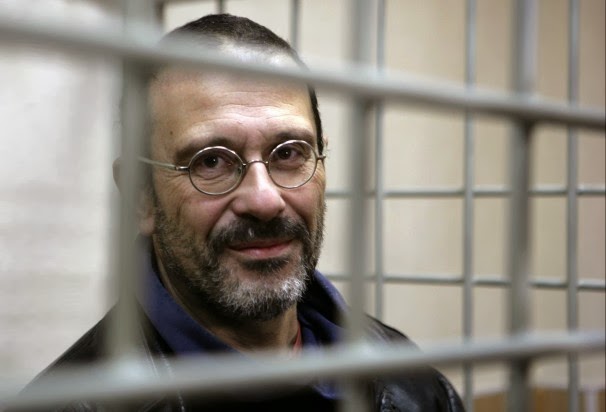 Together with Peter Willcox who is known for having been for the captain of the Rainbow Warrior when we were victims of the French Secret Services bomb attack in Auckland New Zealand in 1985﻿, Dima Litvinov is the other "Greenpeace Arctic 30" that I know personally. The Arctic 30 are the Greenpeace crew currently jailed in Northern Russia for staging a peaceful protest against a Gazprom oil drilling platform in international waters near Russian waters in the Arctic Ocean.

I worked with Dima in Russia two decades ago. First in the late 1980s during the Perestroika when the country was still called the USSR, and we continued in the early 1990s after the country imploded and had become the Russian Federation. Together we uncovered the illegal dumping of radioactive wastes in the Kara Sea and the Sea of Japan. It took us several years of John Le Carre-style campaigning to collect all the evidence, which I distilled each year with official submissions at the meetings of the London Convention, the international treaty that regulates the dumping of wastes at sea, at the Headquarters of the UN’s International Maritime Organization (IMO). All the delegates of the countries members of the London Convention were stunned each time we brought more evidence from Russia. The Soviet/Russian delegation maintaned for several years that we were fabricating the data, but after sometime President Boris Yeltsin ordered an official investigation that concluded we were right. All the data we’d collected were validated by the Kremlin!

At the time, there was a worldwide moratorium on the dumping of radioactive wastes at sea. I’d worked intensely for a whole decade first to get that moratorium adopted, and then to turn it into a permanent ban, and the evidence we collected with Dima was very important to bring the radioactive waste dumping issue on top of the international agenda. In November 1993, exactly 20 years ago now, our campaign bore fruits and the Parties to the London Convention agreed to ban permanently the dumping of all radioactive wastes at sea worldwide. This permanent prohibition is legally-binding on all the Parties to the London Convention, as well as all the Parties to the Law of the Sea Convention (UNCLOS). In other words, the ban applies to all countries in the world, even to the Russia Federation who lifted its initial formal objection in 2005.

Dima’s father Pavel has just written a beautiful piece in the Washington Post in which he explains that Dima is the third Litvinov generation to end up in a Russian jail for political reasons. Some of the most vivid memories I have from my time in Russia is the excitement and enjoyment of the young Dima for being able to return to his homeland from which he’d been expelled when he was 10 after his dissident father was freed from the Gulag, something he couldn’t have dreamt before Gorbachev started with his reforms. It was a time of optimism for the Russian diaspora to which Dima belonged; he reunited with relatives who’d staid in the USSR while he lived in exile in the US, and he was happy and proud to join Russia’s emerging civil society. Most people don’t know this, but Greenpeace was the very first international NGO to take the risk to settle in the USSR as soon as the Perestroika began. Dima moved to Moscow with his family for several years, and there he helped build Greenpeace Russia. Dima was a Russian/US hybrid, and it was amazing to watch him operate, and to watch how Soviet/Russian citizens were reacting to him.  [Dima’s family name added to the confusion: Dima’s great grand-father was Maksim Litvinov, a hero of the October Revolution and Foreign Affairs Minister in the early times of the USSR, who was replaced and sent in disgrace by Stalin before the USSR-Germany Pact of non-aggression of 1939].

It is sad to see how the wind of optimism that was blowing two decades ago in Russia and elsewhere vanished (remember everyone talking of the “dividends of Peace”?). The return to a Russian jail of a member of the Litvinov family summarizes it all.

Beyond the environmental aspects, behind the fate of the Arctic 30 there is a wider right-to-protest and freedom-of-speech issue. If you agree, you can sign up to the Hands Up for the Right to Peaceful Protest Facebook page.

My thoughts of course also go to the beautiful Pussy Riot which to my mind is the most important music group/movement of the decade.